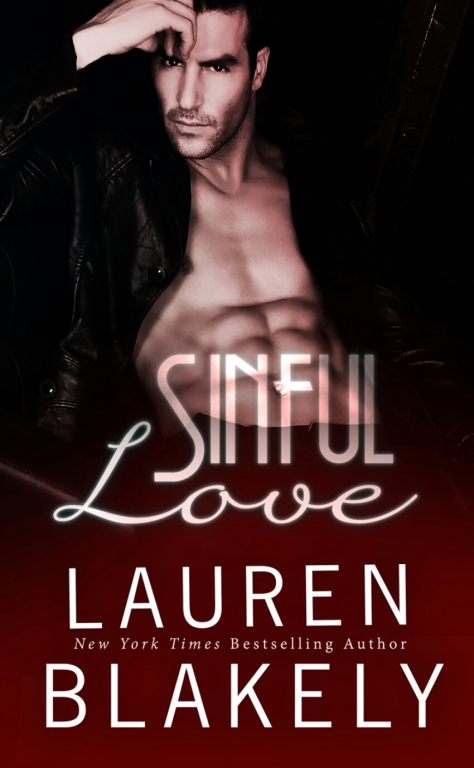 Michael Sloan is all of the above, with a hard tough edge to boot. He’s not the guy he used to be. Years ago, before all the s&%t went down, he was laidback, carefree, and even happy-go-lucky.

Life changed him. Hardened him.

There’s one woman though who can break down his walls. Someone who knew him then. Who can reach inside to that heart he protects fiercely…because she’s the only one he ever gave it to. When they collide, it’s tender and savage, gentle and rough, and makes them both hungry for more of this electric, once-in-a-blue moon kind of sexual chemistry. But it’s a battle of wills between Michael and the woman he loves, with words and emotions held close to the vest.

She doesn’t believe she can ever move on from her own heartache, but when Michael makes her feel for the first time in years, it’s both thrilling and scares the hell out of her, setting off all her flight instincts. He’s determined not to lose her again, but he’ll have to learn to let her in if he ever wants to fully heal from the past…

The problem is, she knows something about the night his family shattered. She has the missing puzzle piece…but neither one of them realizes it.

He ran his thumb over the corner of the paper, and closed his eyes briefly. Memories rose to the surface, feeling like hope and possibility.

Far too risky things when it came to her.

Michael shut them down, opened his eyes, and stared out the floor-to-ceiling windows of his penthouse on the Strip, trying to focus on the here and now, not the enticing lure of what if. Soon, the lights of Vegas would blink like a carnival unfolding below him, from the miniature Eiffel Tower, to the pyramid, to the blazing signs adorning The Cosmopolitan. Neon, glitz, and billboards ten stories high whispered of the best nights ever.

He had to stay fixed on the minute details of the present, not be seduced by the past, and how good it was. Or of how much he’d longed for a future with her.

But he wasn’t having the easiest time of that. From his vantage point, twenty stories above the concrete ribbon that beckoned millions of tourists, he brought the letter to his nose for one final inhale.

The scent of falling rain.

Try as he might, he gave in. A reel of sensory images rushed back to him in an instant from years ago, like the snap, snap, snap of old film. How many times had he kissed Annalise in the rain? Brushed her wild red hair off her cheeks, touched her soft skin? Listened to her laugh?

Countless. Just like the times he’d lingered on her over the years, even after that day in Marseilles ten years ago that had damn near slaughtered all his hope left in the world.

Carefully, he folded up the letter, slid it back into the tiny envelope postmarked from France, and stuffed it into his wallet, next to a crinkled, faded, threadbare note from his father that he’d carried with him through all the years. Her letter had arrived two weeks ago, and he’d read it a thousand times already. He could read it a thousand more times, but it wouldn’t change his answer. The same one he’d emailed back to her.

It was always yes with her. 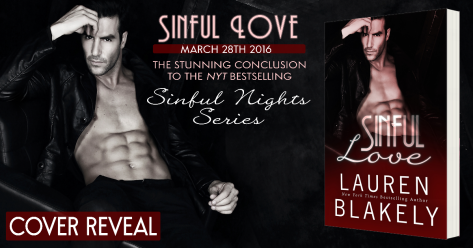 Add it to Goodreads here! 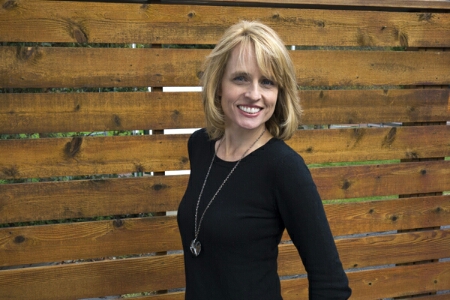 Lauren Blakely writes sexy contemporary romance novels with heat, heart, and humor, and she has had nine books on the New York Times Bestseller list and eighteen on the USA Today Bestseller list. Like the heroine in her novel, FAR TOO TEMPTING, she thinks life should be filled with family, laughter, and the kind of love that love songs promise. Lauren lives in California with her husband, children, and dogs. She loves hearing from readers! Her bestselling series include Sinful Nights, Seductive Nights, No Regrets, Caught Up in Love, and Fighting Fire. She recently released BIG ROCK, a sexy standalone romantic comedy that became an instant New York Times Bestseller. She also writes for young adults under the name Daisy Whitney. To receive an email when Lauren releases a new book, text BLAKELY + your email address to 678-249-3375 (please use the actual + sign).

What do you think of the cover?